(The original article was published in www.alimentsduquebec.com )

While sea cucumber is a highly popular product on the Chinese market, this product is still unknown by Quebecers. However, it has been fished and processed in the Gaspé Peninsula, in addition to being exported to China, for several years already! Arctica Food, a local company created by Lory Wang and his honorable father, has been developing and promoting the Gaspé sea cucumber since its inception. We met them to learn more about this product which aroused our curiosity!

In Quebec, sea cucumber is a mysterious product and very little consumed. Indeed, its strange appearance of sticky pickle can curb any consumer who does not know the product. However, just like the famous royal clam, behind its funny appearance hides a product that deserves to be known!

How to prepare it Captured in the wild in the cold waters of the North Atlantic, Arctica Food’s northern sea cucumber (Cucumaria frondosa) is known for the beautiful texture of its flesh, which is similar to that of mushroom, its delicate flavor and its high protein content. Funny fact: even if no scientific study has yet proven it, sea cucumber is recognized in China to improve erectile function. Journalists from here even have fun calling it “Viagra of the Sea”!

Once “tamed”, sea cucumber is simple to cook, because its very subtle taste is easily incorporated into your recipes. Tip: this is an alternative source of protein to vary your favorite recipes. Replace part of your meat in your spaghetti sauce with sea cucumber or reinvent your shepherd’s pie! In addition, this product is consumed as well hot (in a strip in your stir-fry, in your soups or in your stews) as cold (in salads, in ceviches or poké bowls).

Curious to test the sea cucumber? 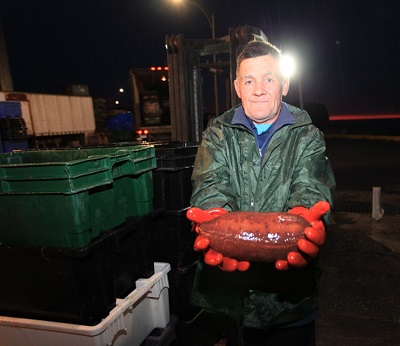 For your children, this will be a real chemistry class, because the sea cucumber will take eight times its size once rehydrated. We find the sea cucumbers from Arctica Food in several ethnic grocery stores across Quebec and at Signed local in Brossard. These are sold either frozen or dehydrated and, in this case, it is important to rehydrate the product before consuming it. To do this, soak the sea cucumbers in water one day, change the water to bring them to a boil, and then repeat these steps a second time.

Find out more about all the seafood from Arctica Food here!